Every night before I go to sleep, I consciously open my eyes and read my vision board, which consists of the places I want to travel to, the goals and targets I’m aiming for, and the life I want to live. That night before I closed my eyes I remember going to sleep with the vision of traveling the world. Within 12 hours of that simple thought, my subconscious processed the vision and I literally woke up to a text message from my Uncle Chris that read: “Can you clear your schedule from January 10-16th for an intl. business opportunity.” I said YES! Within 24 hours of that text message, and solving the travel logistics, I departed Salt Lake City International Airport on my way flying direct flight to Paris, with the final destination being Cairo, Egypt. Literally 72 hours later, I was half way around the world on the continent of Africa to with clear objectives being to spread the message of health, wealth and happiness via Antigravity Yoga® to prospective fitness club.

During my layover at Charles De Gal Airport in Paris I had just enough time to grab a cup of European coffee, buy a couple French souvenirs, smell the sweet aromas of Coco Chanel perfume, and then board my connecting flight in route to Cairo Egypt.

Like Mommy J says: “Fly in, Blow the roof off, and fly out.” That’s exactly what my intentions were. My goals while in Egypt were simple: I want to show Cairo that they must invest in Antigravity Yoga®, talk business with the CEO of Antigravity, see the ancient pyramids, and make connections in Egypt.

After nearly 20 hours of travelling half way around the world, I was finally there! Fulfilling my dreams of international travel and making the world a better place couldn’t have come at a better time.

That night after an hour drive from the airport, through the insane traffic and crazy drivers, I was there! Get this: The first person I spoke to in English in Egypt was the general manager of the hotel we were staying at. He was a very kind gentleman who helped check me into my room. Well, it just so happened that his name was, yes you guessed it, was Tamer. Apparently Tamer is a very common Arabic name and translates into “The Warrior Man.” I mean what?! I’ve never met anyone with my same name, and the first person I meet in Egypt shared my same name. I knew from then on that this was going to be a trip of perfect flow, with outcomes exactly how we expected.

After checking into my room, I literally remember feeling so relieved that I made it. I threw my bags down and flopped on the bed with a glowing smile from ear to ear. I was in Cairo Egypt. Without any hesitation, and feeling quite disgusting from the traveling, I immediately put my swimming suit on and made way for the spa. The steam room cleared my sinuses, and the cold water rehydrated and recharged my batteries. I sat in the spa, and expressed gratitude for this incredible opportunity, and focused on my clear intentions. See the pyramids, perform an excellent demonstration, talk business, and networking abroad.

After the spa, it was time for some traditional Egyptian food. We were picked up from a man named Essam who was one of the prospective investors. He took us to what seemed like a whole in the wall restaurant. The lighting was dim, the round table we were sitting at made for great conversation. Essam ordered the food and before I new it, the entire table was full of the most delicious Arabic food I’d ever tasted! Fresh pita bread, humus and lentil dips, unique vegetable wraps, great tasting meats like chicken hearts and rabbit, and an overall a great dining experience.

After the meal I young spin instructor from Fibers Gym came to meet and greet us at the restaurant and her name was Nirvana. It turns out she studied Sports medicine in California and was excited about us coming To Cairo with Antigravity Yoga®. I mentioned to her how I’m currently doing studies on the benefits of this technique with people with back / neck pain, as well as extreme athletes, she was blown away and couldn’t wait to see the demo.

The next morning I woke up bright and early due to some jet lag, and began writing. While in the middle of my writing I got a call saying to get ready, we were going to the pyramids! I literally shouted out the most enthusiastic “YEAAAHHHH” overlooking the streets of Cairo from my balcony and couldn’t have been more excited.

On my first day in Egypt we went to the ancient pyramids.  Due to the current circumstances in Egypt the citizens basically run the entire city of Cairo. No policemen, no traffic officers, nothing. Just ordinary people, grouping in territories, and doing their part and helping make the daily functions of life happen. I learned that a few years ago all the police and law officials within Cairo were ordered to leave. In other words, no police in a city of upward of 20 million people… The civilians were in charge and from then on, they’ve lost all respect for the law officials. The people however possessed this unique vibe of hope. Hope for a better democratic future, more opportunities, and a better life.

We arrived to the site where we boarded horse and camel back and made way around the surrounding walls towards the entrance. Hiya! I kick the horse into gear and we began galloping over the sand dunes. The cold Sahara Desert breeze was blowing my hair, and the rush of riding horse back through the desert was exhilarating. We came over a tall sandy plateau, and way off in the distance I saw the ancient pyramids. It’s energy hit me like a ton of bricks! I was in complete awe. There’s no picture you can see that will amount to seeing them in person.

The Sahara wind began to howl, a mixture of wind and sand wind blew across my face as we continued onward towards the base of the largest of the three. It’s winter here, and yes, it is cold. Galloping into the wind over the sand dunes, heading straight towards the pyramids, which were off in the distance. As the sun poked through the clouds, a radiate glow that turned each of the three massive pyramids to gold, which made for an incredible

Overall, the entire experience of seeing the pyramids in Egypt on my first day there was unlike anything I’d ever experienced. Incredibly powerful and full of vibrant ancient energy is the best description. After nearly 2 hours embracing their beauty it was time to make way towards Fibers Fitness club to conduct the demo.

Entering the Fitness Club as THE Antigravity Yoga® instructor I had to possess a certain amount of humbled confidence. Trying to pull it together and teach a demo after being mesmerized by the pyramids was definitely more challenging that expected. We got to the gym, rigged the ten white hammocks, and with much anticipation from the 50+ people in the crowd, I channeled in my confident, clear, and enthusiastic personality, and demonstrated, with 9 first time students, the wonders of this new fitness technique. “What’s up everybody are you ready to get this party started!?” The crowd cheered, and I began the demonstration.

It was by far the greatest experience in terms of presenting a product in front of an audience, press, cameras, gym owners, and workout enthusiasts I’ve ever had. I opened with a crowd pumping tone of voice, walked through a few poses, got the children and older people involved, and literally blew the roof off Fibers gym. We did the basic inversion, Leg flexibility series, Swoosh, and Vampire. Everyone loved it! Essam, was so happy with the demo he asked me to do another, and a workshop the following day. I said YES and we ran with it. Demo two was much more chaotic with more people, noise, and cluster, but I held strong and pulled through.

The following day, which happened to be my last, Essam requested I teach an actual class. I agreed and told him to get 9 athletic trainers that work at the gym. We went through the opening meditation, and proceeded to do a basic class format. I’ll never forget the smiles on their faces as we did a laughing inversion. And the relief some of these muscle men felt after doing some of the leg flexibility stretching. We angel flipped into our cocoons for the last 5 min of class, and right then, I saw the wings begin to emerge, and knew that Cairo Egypt was about to fly!

After class, I obtained some testimonials from the trainers, all of which had 100% positive feedback. It made me feel as if I made a difference there. Weather it was relieving Essams leg pain, bringing joy to some the local fitness enthusiast, or making that little girl laugh, the feeling of satisfaction and joy that came from the Egypt experience will be a lifelong memory of my first of many successful international business ventures.

Due to our efforts and we are now in the process of launching the first Antigravity Yoga franchise in the Middle East. Not only that, but Essam was so happy with my results that he offered me a gig to teach in Egypt after I graduate.

It just goes to show, anything is possible. Find what you’re good at, think about what you love doing, and focus on what you want in life. It’s all a formula that anyone can achieve. I express gratitude everyday for finding my purpose and passion in life, and am beginning to become what I desire most. 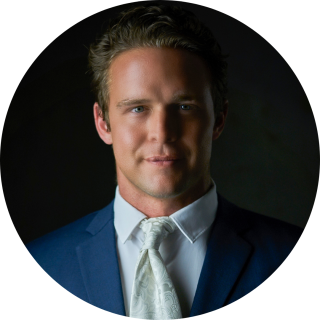 Tamer has been teaching AntiGravity Techniques since 2009. As a Master Instructor Trainer, he has accumulated over 5000 hours of teaching experience and has certified more than 200 instructors. Tamer’s primary focus for the last 4 years has been leading workshops, events, and trainings in Hong Kong, China, Japan, Thailand, Singapore, Taiwan, Philippines, Egypt and the USA. Having worked with some of the most respected pioneers in the Fitness, Yoga, and MMA industries, Tamer is excited to share with you his passion for movement and the healing arts. Tamer is also proud to be Christopher Harrison’s nephew and has studied under his direct guidance in New York since 2012.

Celebrate your health and vitality! I am completely committed to the next decade of living a life of wellbeing and abundance in all forms; spiritual, mental, emotional, and physical. And, to the inner work, energetic healing, and transformations. Who’s with me? . . . #healthiswealth #wellness #tamelife #yoga #movement #keepyourselfinspired #coaching #fitness #mindfulness #abundance #bigsur
The epic road trip from Portland to LA down highway 1 has been nothing short of amazing! 1000s of mikes traveled, and the best memories with my sister @biscuit707. Landed in SB to enjoy the last few days prepping for the next chapter in Asia land. ❤️ . . . #bigsur #highway1 #cali #tamelife #adventuretravel #keepyourselfinspired
Grounding with the most magnificent trees on earth. . . . #tamelife #adventuretravel #redwoodsnationalpark #redwoods #beliketrees #treepose #planetearth

Do you have a studio that would like to host me? Please send me a request here